San Francisco is a lively cultural and economic center in Northern California. An exciting mix of sightseeing, shopping and culinary delights awaits you here. Be sure to visit the Golden Gate Bridge, one of the most famous structures in the world. In addition, there are the last manually operated cable cars in San Francisco, in which you can still drive through the city today.

The city is a fascinating kaleidoscope of cultures: there’s a Little Italy, one of the oldest Chinatowns in America, and a vibrant Japanese community. Food lovers should pay a visit to Fisherman’s Wharf. From there, you can also see the infamous prison island of Alcatraz.

Before you go ahead to enjoy the beautiful views and attractions, you should drop your luggage off because most of these places don’t allow luggage and above all, this will enable you to move around the city without bothering about those big and disturbing bags.

Our luggage storage can be found around some central locations of SF and it costs 5.9USD per bag/per day - there is no weight and size restrictions.

You can download our mobile app to track and change your reservation, add more luggage and discover must-have deals to make your day even more exciting!

A trip to San Francisco wouldn’t be a trip to San Francisco without a visit to the famous Art Deco-style suspension bridge. The Golden Gate Bridge spans the strait of the same name, where the waters of San Francisco Bay and the Pacific meet. One of the best views of the bridge is from the summit of Hawk Hill in the Marin Headlands. You can also take great snapshots of the bridge from Battery Spencer, a former defensive facility. The occasional fog at dusk or dawn gives the sight a different magic, and at night the view of the subtly illuminated bridge with the lights of the city in the background is worthwhile. 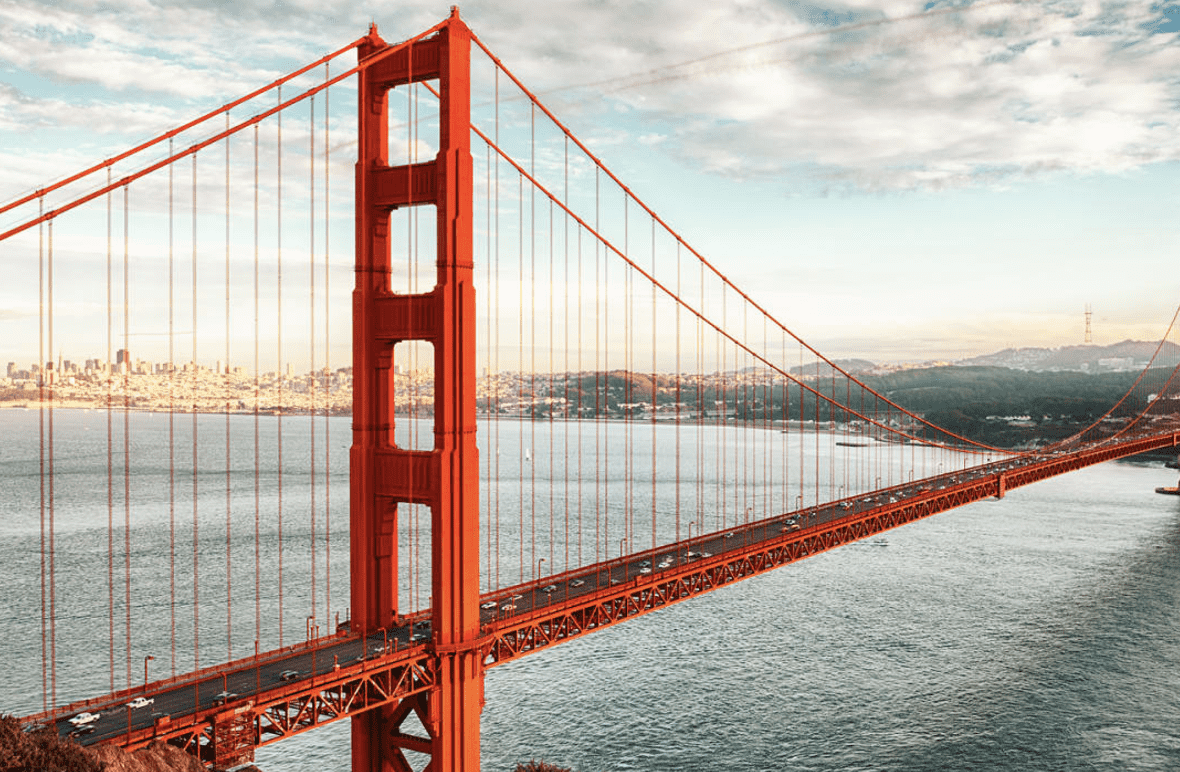 Macy’s, Tiffany & Co., Gucci and Bulgari are just a few of the luxury brands that can be found in San Francisco’s main shopping area in Union Square. Most of them have their boutiques in buildings around the plaza on Post Street and Geary Street. Macy’s dominates the south side of the square. The shopping tour also turns into a sightseeing tour: several buildings impress with their beautiful Victorian architecture, and parades are occasionally held in the area. This is also where the hub of the famous cable cars on Powell Street is located. 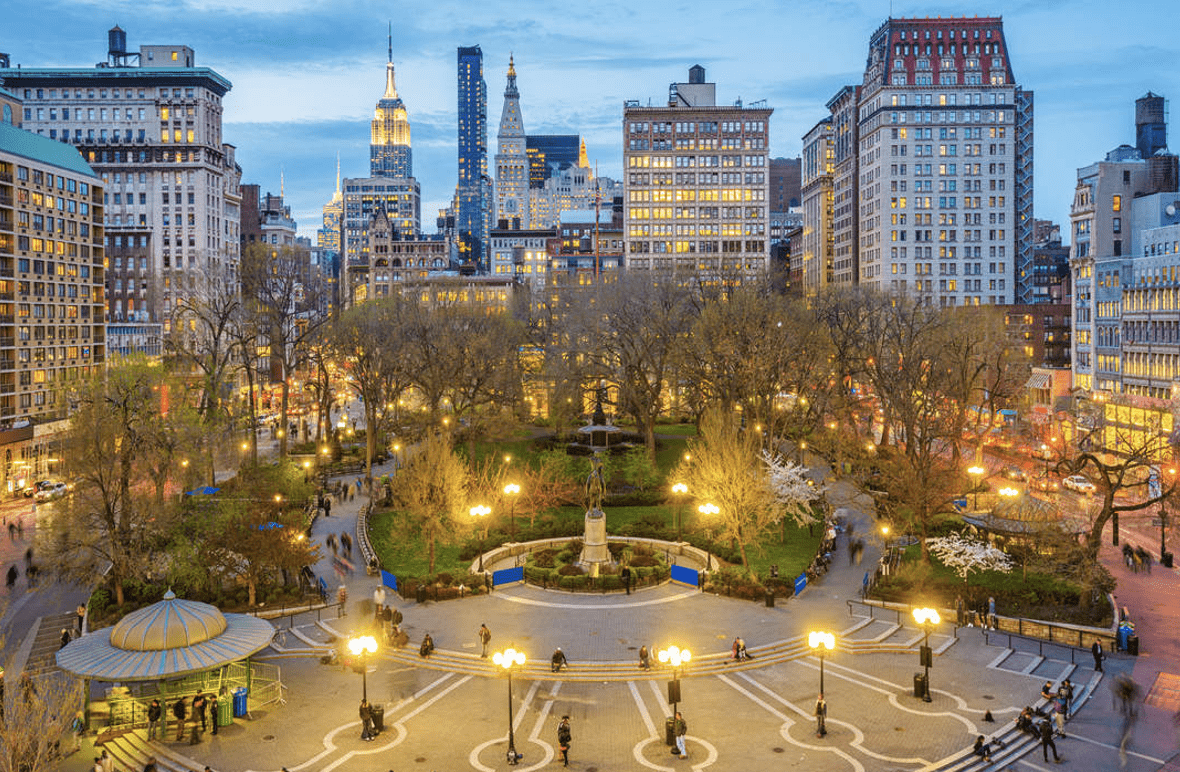 San Francisco’s historic cable car or “trolley” system, popular today as it was then, is perfect for a sightseeing trip through the city. There are three different lines in operation, the two most famous of which run from Union Square to Fisherman’s Wharf. You will ride the many steep sections of the city, offering breathtaking views of San Francisco. The seats face out on each side. For the best view, find a seat that faces east towards San Francisco Bay. The ticket costs $ 5 (around € 4.30) per trip. 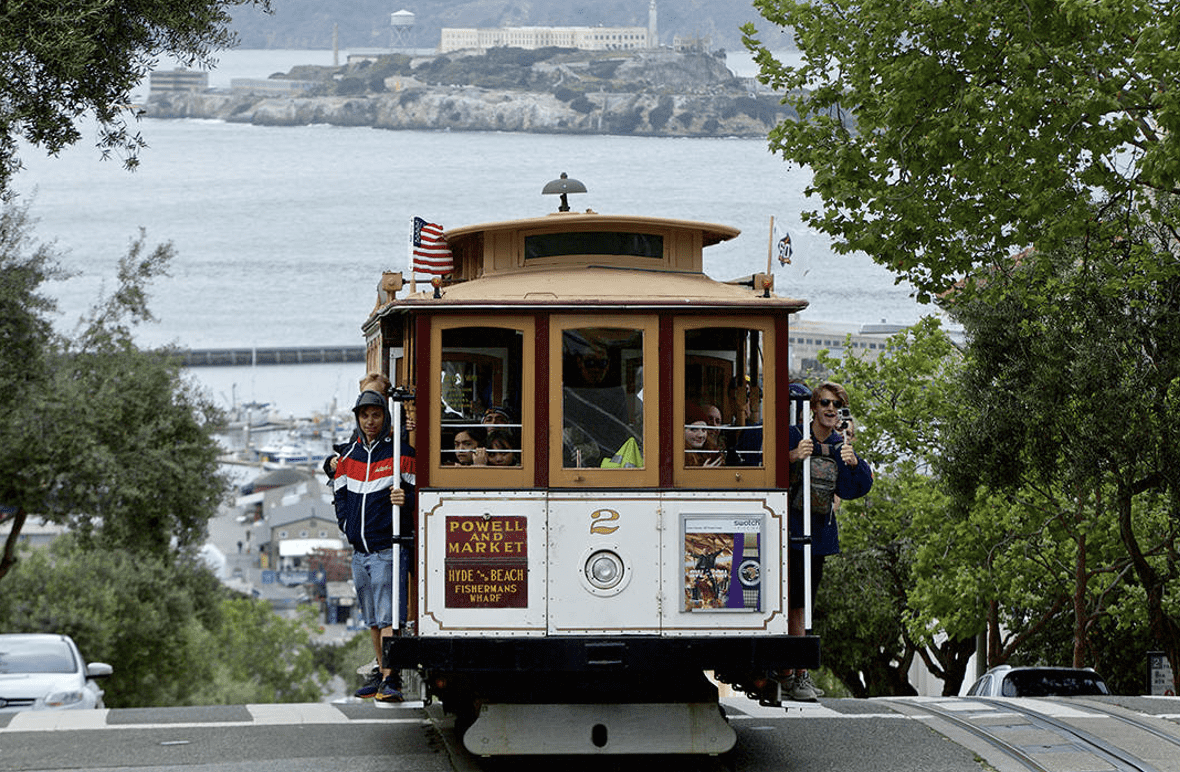 San Francisco’s Chinatown is one of the oldest in the country. It extends around Grant Avenue and Stockton Street, with its southern entrance near Union Square. This much-photographed entrance is called the Dragon Gate. Shops and restaurants with the typical dragon lamps and lettering dominate the street scene. If you stroll through the streets and narrow alleys of the enclave, you will pass banks, fish restaurants, herb shops and bakeries, all close together and mostly with the unmistakable, pagoda-like roofs. 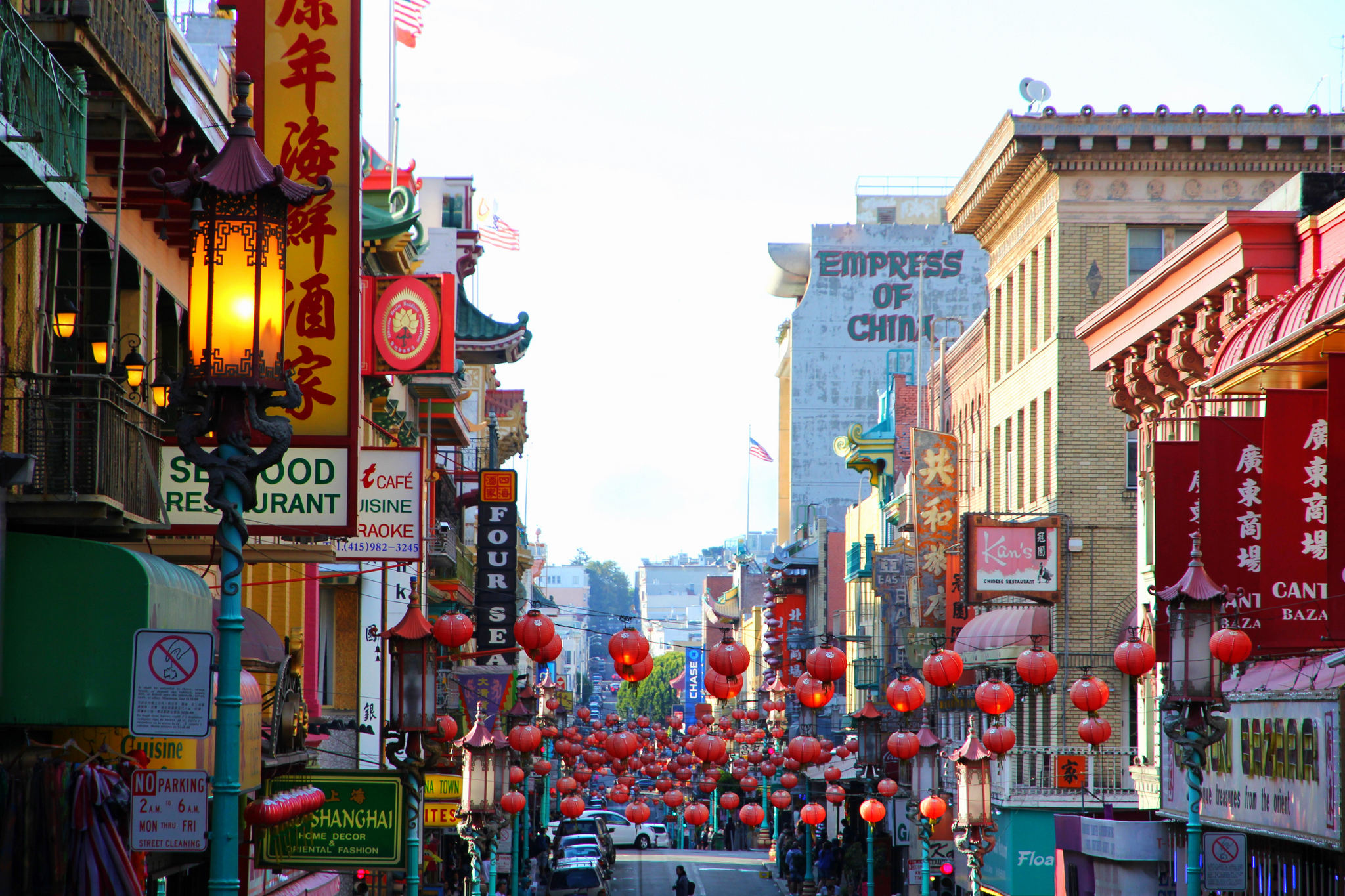 Visit to a café in Little Italy

Just north of Chinatown, the North Beach neighborhood tells of San Francisco’s Italian heritage. In “Little Italy” you will find Ligurian, family-run delicatessen shops and bakeries selling focaccia and pizza, traditional cafes and trattorias with checked tablecloths and retro bars with typical Italian decorations. Some of the best bars are on Columbus Avenue and the portion of Grant Avenue that runs through Little Italy. Anyone who climbs up the steep Filbert Street to the Coit Tower has a wonderful view over the city. 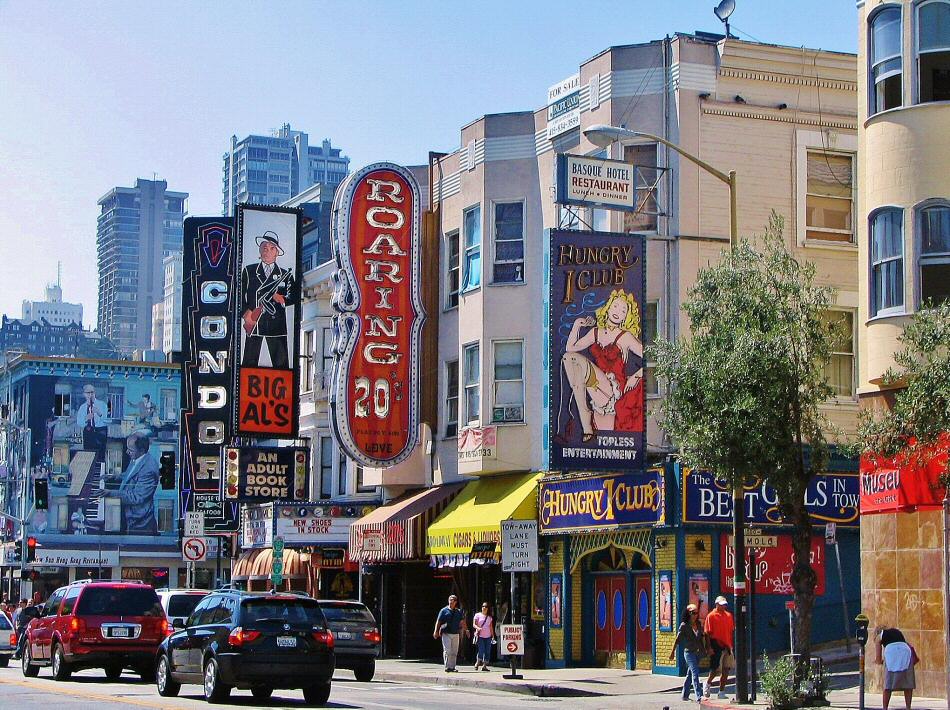 For those who love seafood, head north from Little Italy to San Francisco’s waterfront, Fisherman’s Wharf. The streets coming from the piers are lined with food stalls selling seafood. Here you can enjoy crab salad, clam chowder and seafood cocktails or take the whole family at a table overlooking the bay. Many come to Fisherman’s Wharf just for the beautiful view. The Golden Gate Bridge and Alcatraz can be seen on the horizon, and the bay is bustling with historic naval vessels and old ships with towering masts. Maritime museums and an aquarium are also nearby. This makes the hotels around Fisherman’s Wharf very popular. 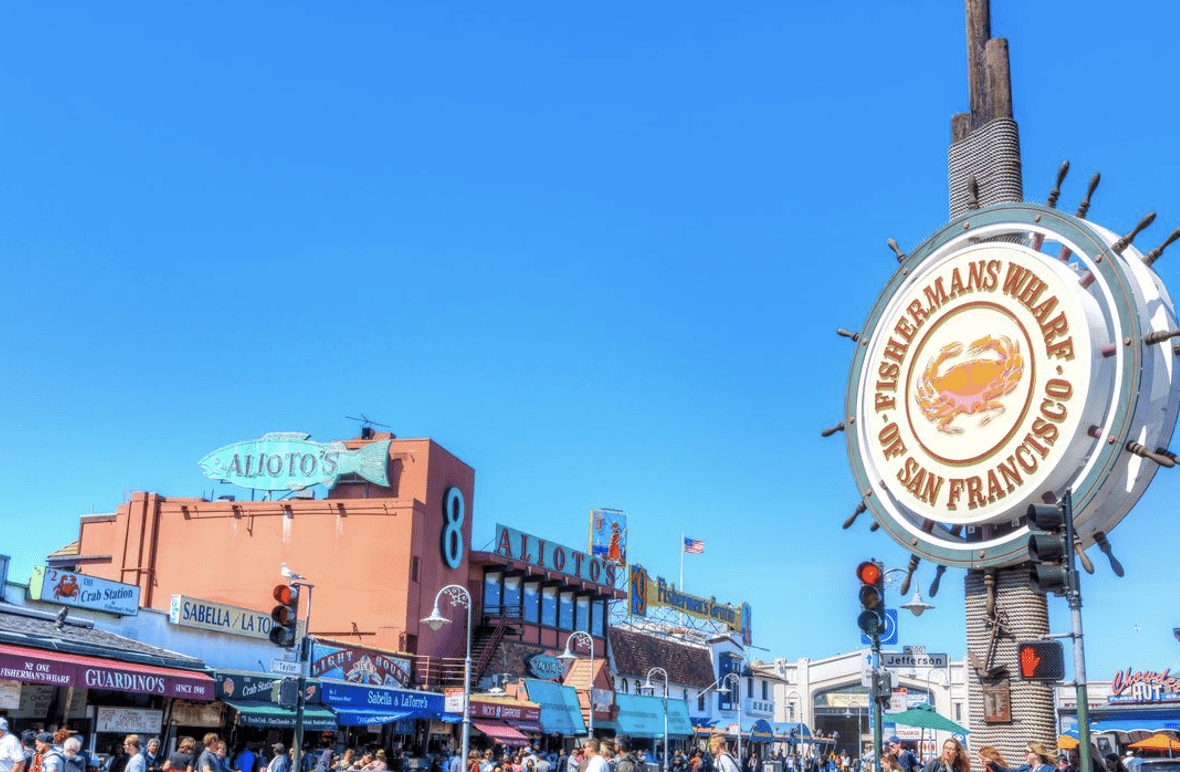 The Segway through the Golden Gate Park

A Segway is perfect for exploring San Francisco’s vast green urban oasis, the Golden Gate Park. In the middle of the park is the Japanese tea garden with a torii entrance gate, a pagoda, a moon bridge and a tea house. The California Academy of Sciences is also located in the park and is home to an aquarium, planetarium, and natural history museum. The de Young Museum exhibits collections of American art and history. Families with children head to America’s oldest public playground, the Koret Children’s Quarter, with its giant slide and historic carousel. 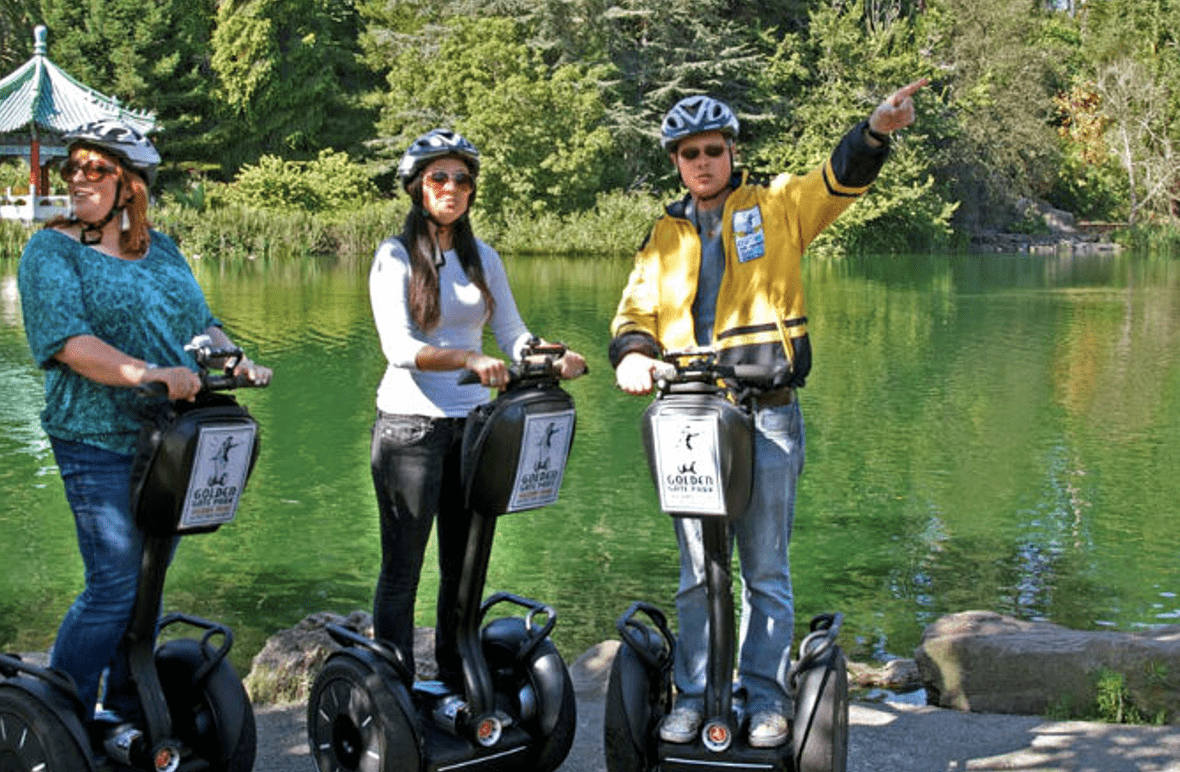 Take the ferry to Alcatraz

A 15-minute ferry ride takes you from San Francisco to the infamous prison island, where the famous Al Capone was behind bars. Alcatraz, also known as “The Rock”, is now a museum that is well worth seeing. The paths around the small island are sometimes steep, and occasionally long distances are necessary, which is why visiting the island is not suitable for people with limited mobility. There are numerous, very worthwhile viewpoints around the island. Several boat operators head for Alcatraz, and the informative audio guide is available in 10 languages. 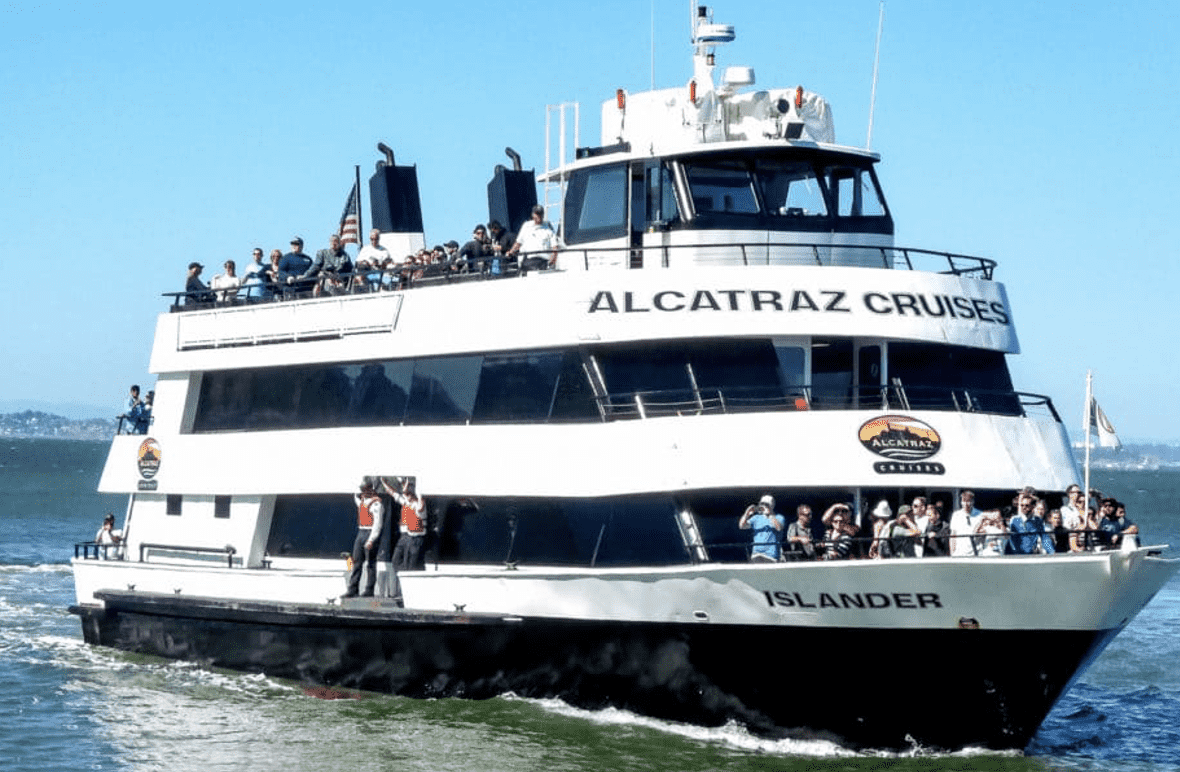 Between the 19th and 20th centuries, Victorian and Edwardian style row houses were built on Steiner Street and Hayes Street near Alamo Square in San Francisco. Today they are among the most famous and most photographed streets in the city and often appear on television and cinema when idyllic life in the city district is to be depicted. Most visitors take a break here and enjoy the beautiful view in the park before heading out of town or on to Golden Gate Park. 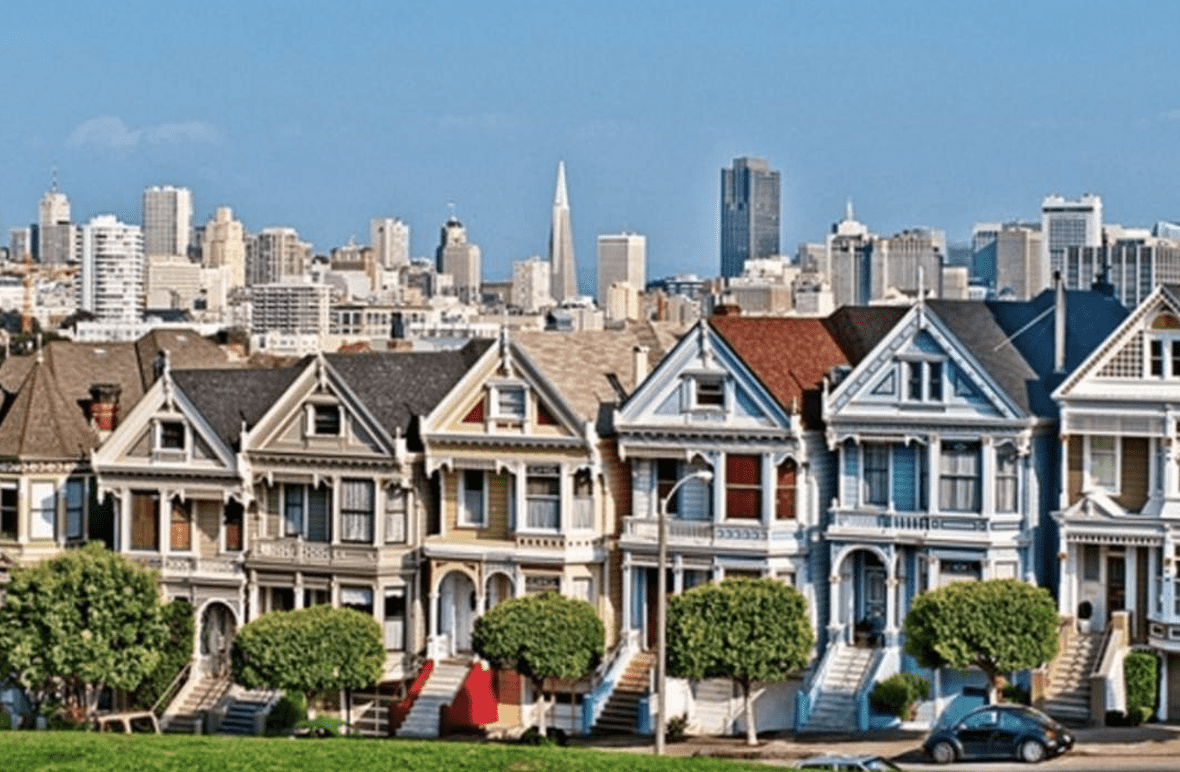 End the day with a party in the Bay Area

The San Francisco Bay Area is a stronghold for party lovers: beer bars, pirate-style tiki bars, upscale cocktail lounges and dance clubs - everything is on offer here. Some of the best are in the south of Chinatown as well as around the Lower Haight neighborhood. One of the most famous is Smuggler’s Cove, a pirate-themed bar that offers tiki cocktails and over 200 types of rum. The Monarch on 6th Street at number 101 has a large cocktail bar and a hip dance club in the basement. If you want to experience rave parties with well-known DJs, live bands and drag shows until the early hours of the morning, the DNA Lounge on 11th Street, house no. 375, right. 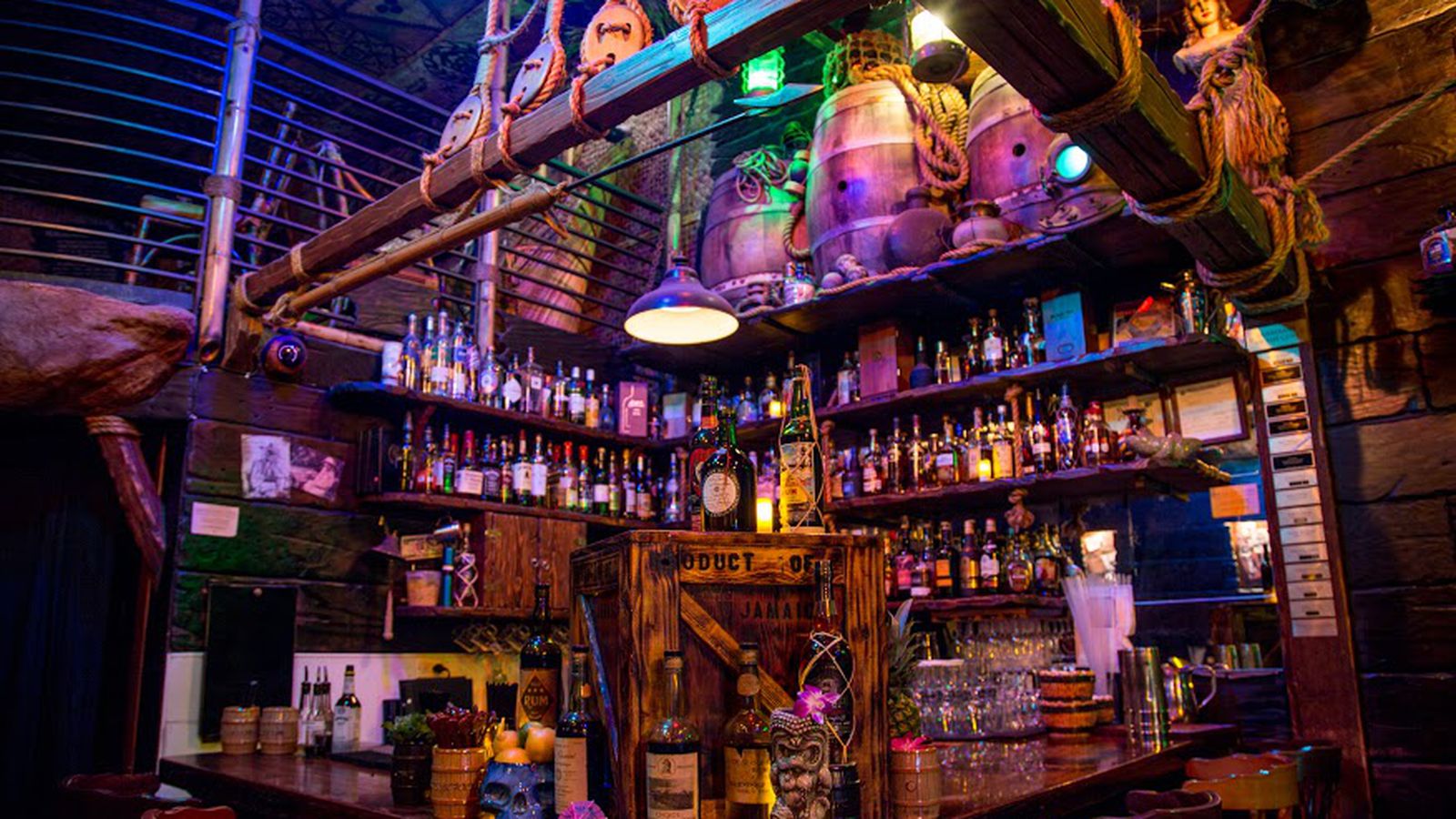