A Day in New York City

It’s your first trip to New York City, and you’re only staying for a day. While it’s impossible to see all of the five boroughs’ attractions in such a short amount of time, you can still enjoy many of the city’s main attractions.

New York is a fast-paced city that is full of cultures, attractions, and activities.

You have the choice between numerous Broadway shows, street performers, and underground clubs, in which a wide variety of music genres are celebrated into the night. New York is a city that has something to offer for everyone. It is best to plan your trip in such a way that you can really take advantage of the diverse range on offer in this world metropolis. 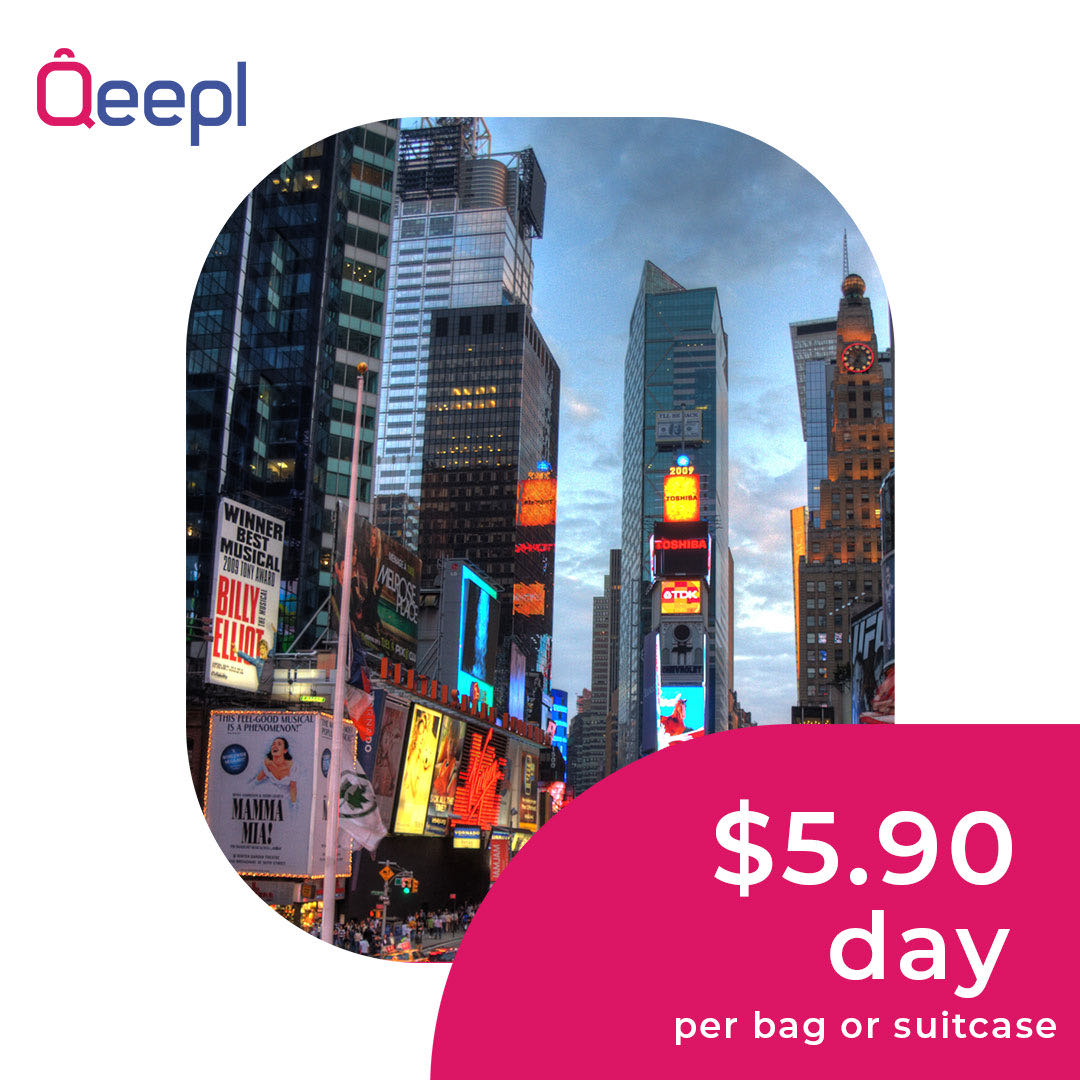 Before you go ahead to enjoy the beautiful views and attractions in the city, you should drop your luggage off because most of these places don’t allow luggage. Above all, this will enable you to move around the city without bothering about those big and disturbing bags.

Our luggage storage and lockers can be found in the city of New York around some central locations in the city. Luggage can also be deposited at bus stations and Airports.

Our luggage storage service costs $5.90 per bag/per day - there are no weight and size restrictions.

You can download our mobile app or use this link to find and book luggage storage points in New York. We will make your day even more exciting!

There are many interesting animals to admire at the Central Park Zoo.

With its huge green spaces, more than 20 playgrounds, man-made lakes and ponds and numerous walking paths, Central Park is probably the largest green space in all of New York. Various events, exhibitions and concerts take place here regularly, especially in spring and summer. The park is known for its many family-friendly features, such as the Central Park Carousel, Central Park Zoo, Conservatory Garden, and Belvedere Castle. The park is open to the public all year round. 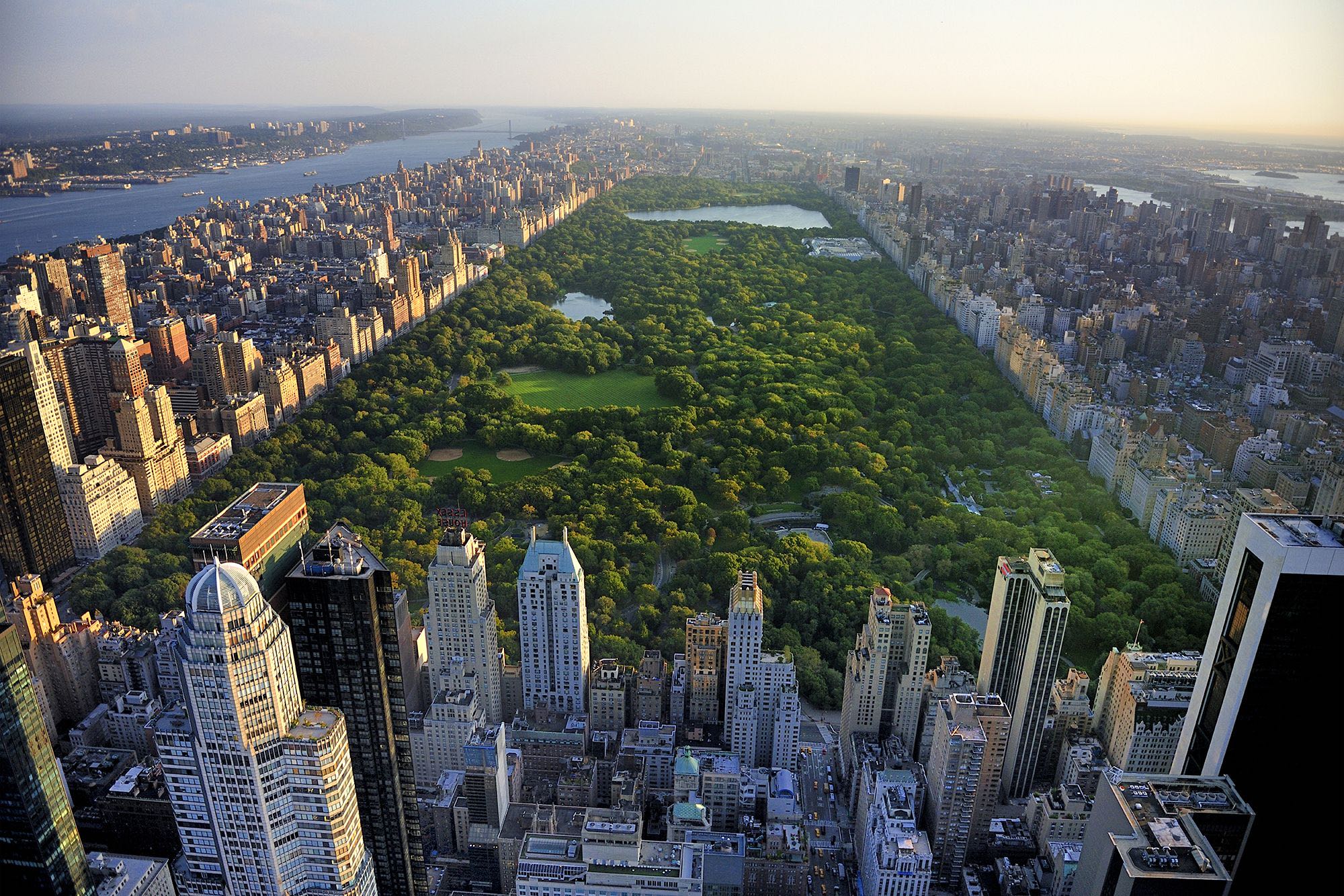 From the viewing platforms you can enjoy a spectacular view of the city.

The Empire State Building has two observation decks, both of which offer fantastic panoramic views of the city and beyond. On the 86th floor, you stand in the open air on the platform that you are sure to know from various scenes in the film. The second observation deck is even higher on the 102nd floor and therefore offers an even better view of the Statue of Liberty, Central Park, Brooklyn Bridge and Times Square. 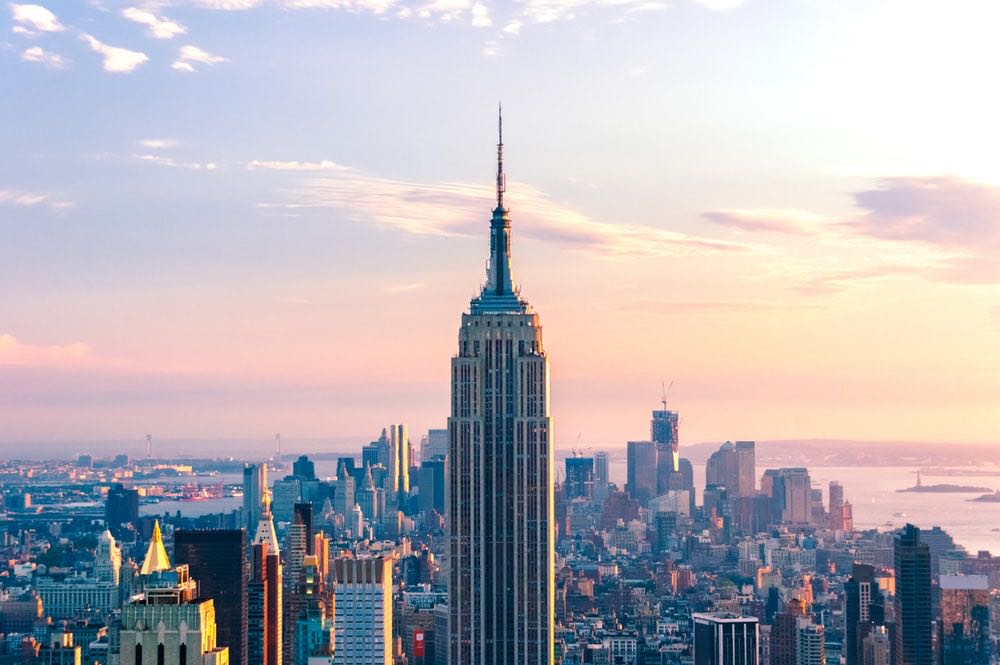 Try one of the best pizzas in town.

There are quite a few contenders for the title “Best Pizza in New York”, but one has been a favorite since 1975: Joe’s Pizza. The first Joe’s opened on Carmine Street, and today you can find numerous branches all over New York, including Williamsburg, East Village and Midtown. And best of all, a slice of delicious pizza with tomato sauce, mozzarella and spicy salami costs just $ 1. 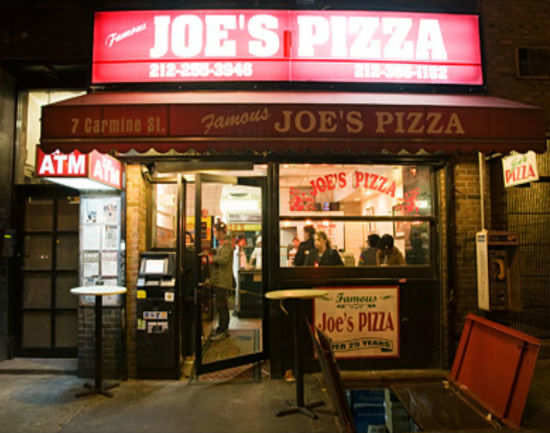 4: On the ferry to the Statue of Liberty

When traveling to New York, the first thing they usually see is the Statue of Liberty. Today’s National Monument was a gift from the French people, inaugurated in 1886, and offers fantastic panoramic views of New York, New Jersey, New York Harbor and nearby Ellis Island. The base houses an exhibition in which the history of the Statue of Liberty is brought closer to the visitors using true-to-scale reproductions, photos, explanations and videos. 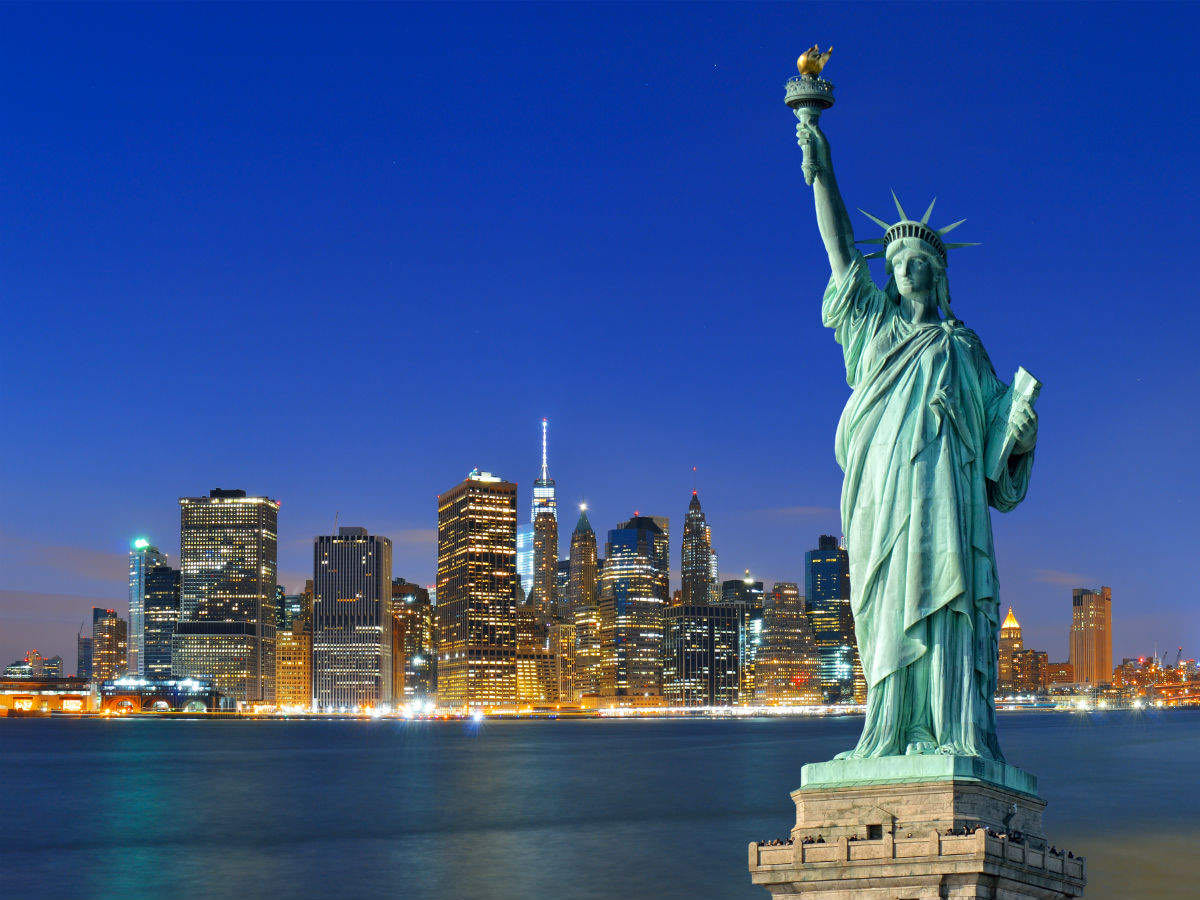 An impressive station concourse with a beautiful starry sky.

For many New Yorkers, Grand Central Station is simply a stop on their way to work and, therefore, a somewhat special and always extremely lively attraction. The station in Midtown already impresses from the outside with Beaux Arts architecture and sculptures. Inside, the huge building houses 44 tracks as well as numerous restaurants.

At Grand Central Terminal, there are places to eat and drink like: Agern, Michael Jordan’s The Steak House NYC, The Campbell Bar, Cipriani Dolci and a host of many others. 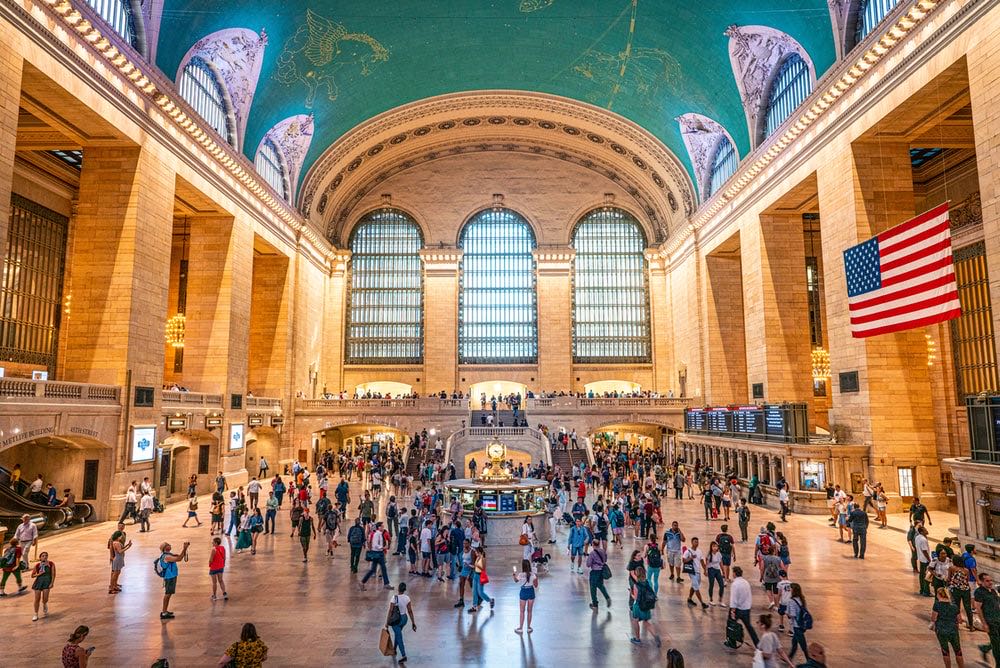 6: Once over the Brooklyn Bridge

For great views of the East River and Governors Island.

The Brooklyn Bridge connects the two New York districts of Manhattan and Brooklyn, which the East River separates. There are two paths on the bridge - one for pedestrians and one for cyclists. Since the Brooklyn Bridge is a real magnet for visitors, there is usually a dense crowd here. One of the reasons for this is that you can take great photos of the East River, Lower Manhattan, Governors Island and the Statue of Liberty here. On the other side of the nearly two-kilometre-long bridge are waiting, among other things, on the various piers, attractions such as the Brooklyn Children’s Museum, the Brooklyn Bridge Park, sports facilities, playgrounds, bike rentals and restaurants. 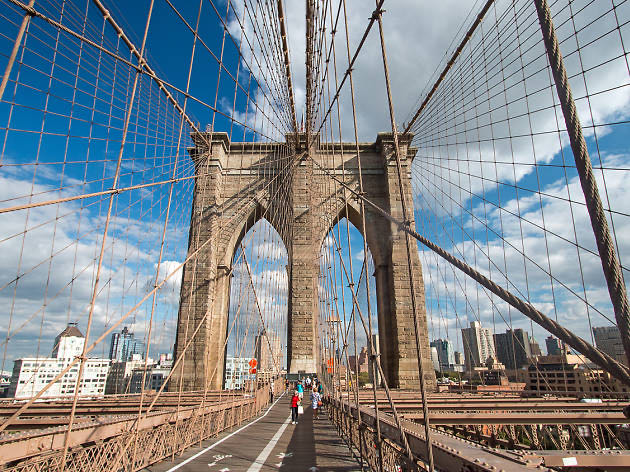 There’s a lot to do in Times Square in Midtown Manhattan: from street art to museums and galleries to award-winning Broadway shows. There are also unique attractions at this important hub, such as the Madame Tussauds wax museum, Ripley’s Believe It or Not! and the Radio City Music Hall.

8: End the day with live jazz in Harlem

In the National Jazz Museum, you can marvel at interesting memorabilia and video recordings.

If you love jazz, Harlem is the place for you. Swing, Latin jazz, bebop and cool jazz are played all year round in the countless jazz clubs. Popular clubs include Bill’s Place, Minton’s Playhouse, and Showman’s Jazz Club. 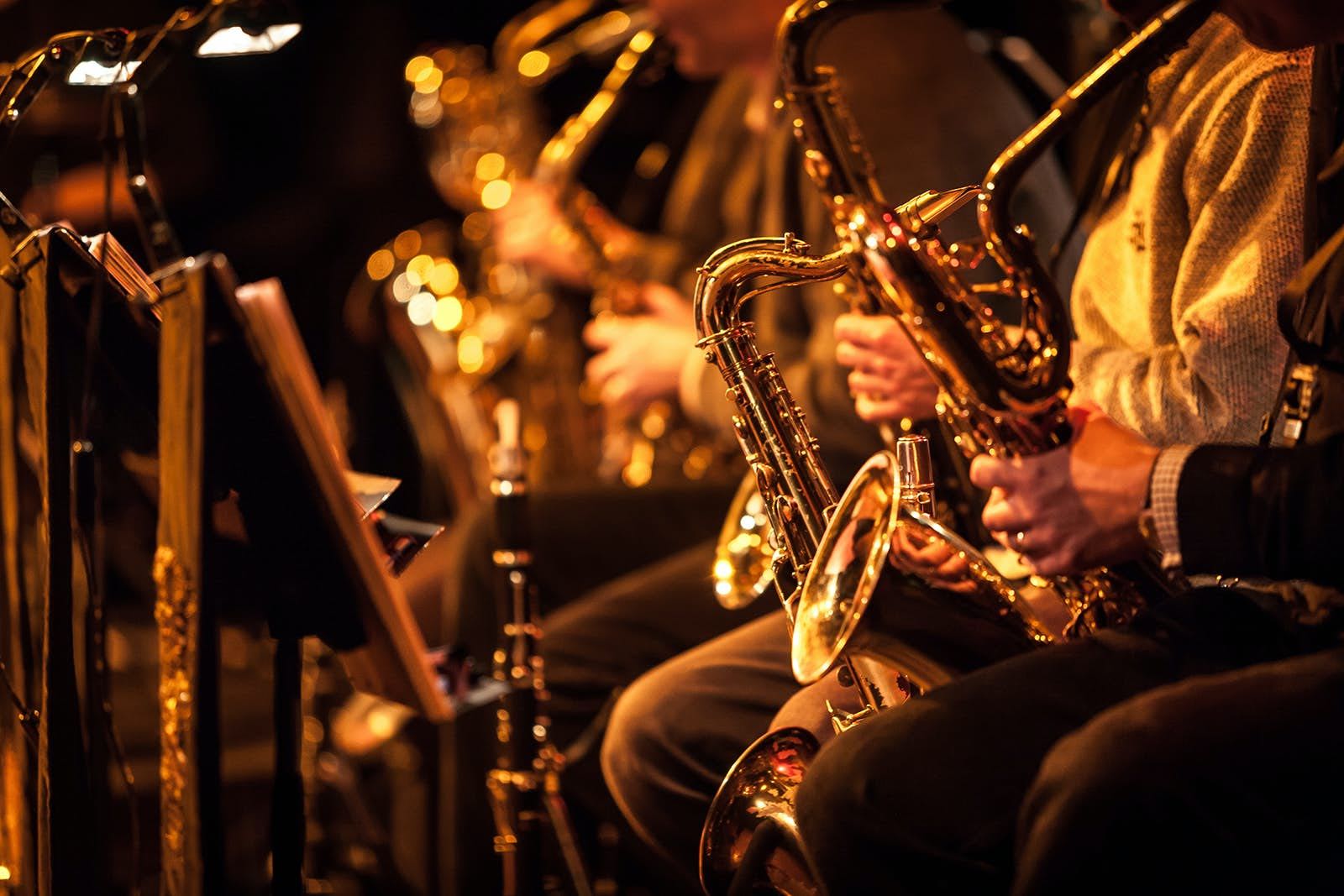