Store your luggage in Kazan for just 299₽ per 24h/bag 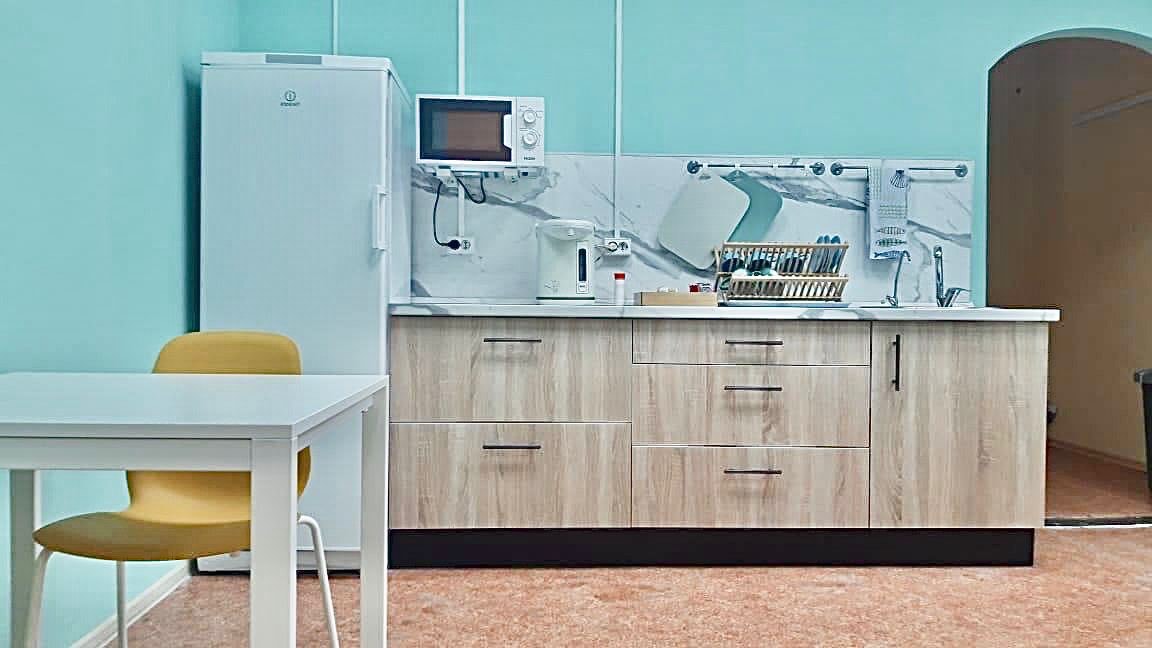 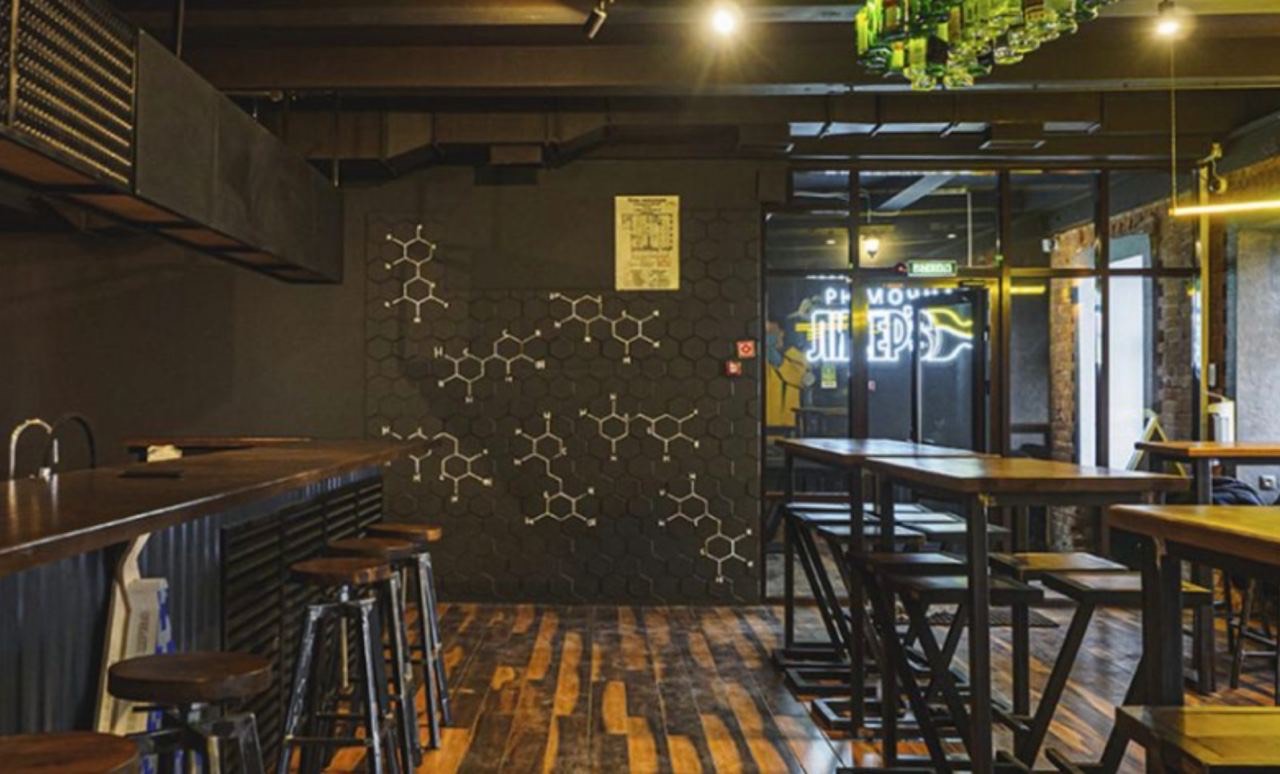 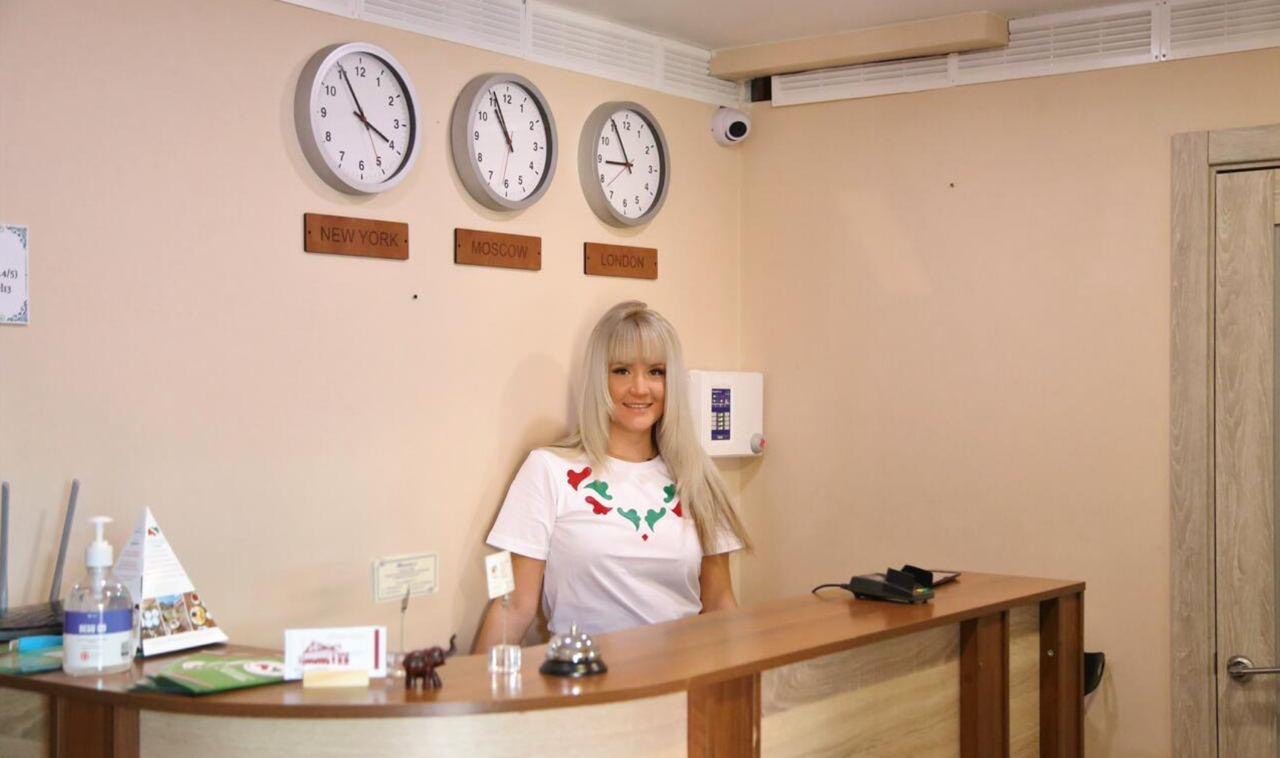 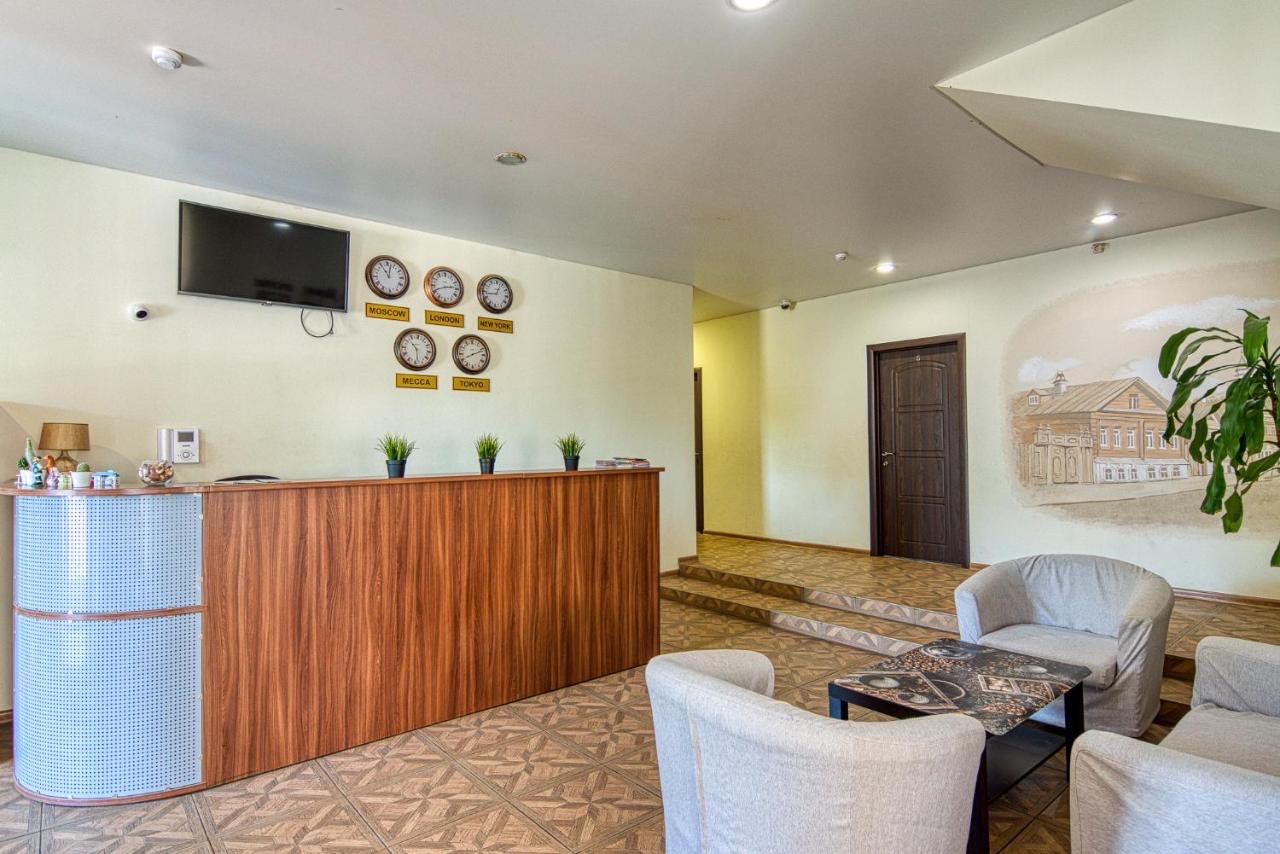 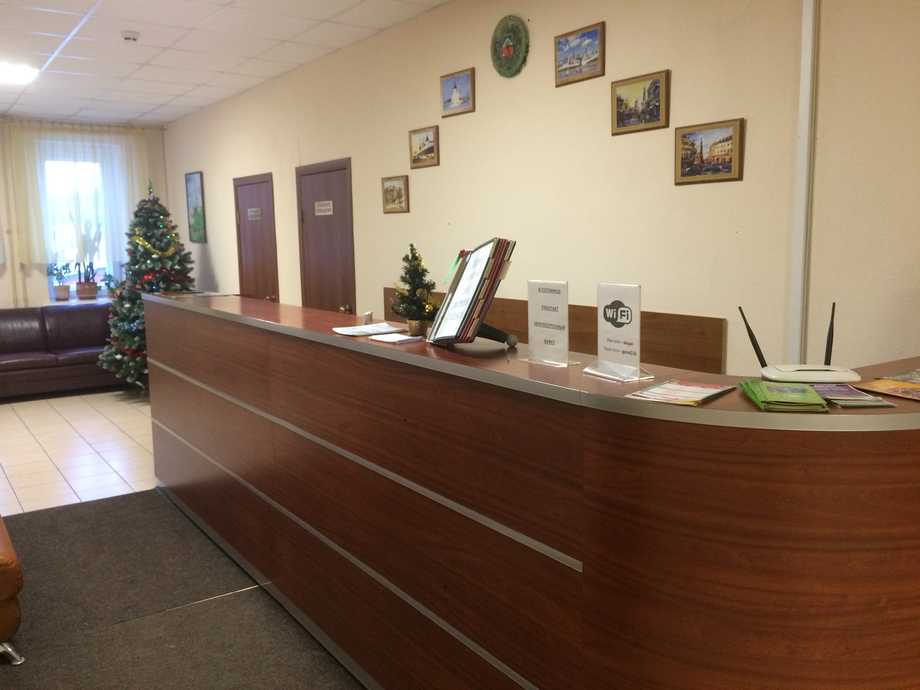 Where can I store luggage in Kazan?

If you are on a short trip, traveling to Kazan, waiting for a late flight or train after check-out, and do not want to drag your luggage around, Qeepl Luggage Storage Points offers secure storage spaces. Bags, suitcases, backpacks, and even your coat are all securely stored until you want to retrieve them. You don't have to walk around Kazan with your belongings anymore!

Qeepl offers the most flexible and timesaving Luggage Storage solution in Kazan. Access our website or mobile application to find and book Luggage Storage near you. Every booking is covered with 50 000₽ worth of insurance, free cancelation, and online support. The price is only 299₽ per 24h/bag

How to store your luggage in Kazan

Qeepl's online booking system helps you find the nearest luggage storage point in Kazan to your current location. Locate and pick the desired storage point in a few clicks using our website or mobile app.

Then come and show the booking details to our team while checking in. Enjoy your luggage-free day in Kazan!

Kazan, the capital city of Tatarstan, is located at the junction of rivers Kazanka and Volga. The settlement spreads for roughly 25 kilometers (15 miles) along hills with cut-up ravines. It stands as the fifth-largest city in the country. Moreover, Kazan is among Russia’s best-equipped cities for sports amenities. Its population consists of more than half of the Tatars and the rest of the Russians. It is home to 115 nationalities.

Kazan is the right place for visitors. It has something to show you like any other place. Are you curious to find out where you can visit? Is the thought, “Where can I leave my luggage in Kazan (Russia)?” stopping you? Don’t fret. Qeepl is the ultimate answer for your baggage safety queries.

Kazan’s international airport and train stations have many featured amenities for you.

The airport has a luggage Kazan (Russia) storage room, many cafes, and retail shops at Terminal 1. You can also use the free Wi-Fi service, ATMs, and mobile charging points. In addition, it offers information desk, medical services, post offices, children playing zones, and lounges here.

You can take a shower in the VIP lounge available there.

The nearby hotels of Kazan railway station are world-class. They have several convenient amenities such as:

There is a storage point at the railway station.

You can check your train and flight timings on the flat screen tv. That’s installed at the airport and station.

Things to see in Kazan

There is an abundance of Russian history to see in Kazan. So, keep your luggage at Qeepl storage point and start your journey.

It is the country’s only surviving Tatar fortress. here. It takes you back to the 16th and 17th centuries. You will enter this place from the gorgeous white clock Spasskaya Tower. The exit is on the busiest Bauman Street.

This magnificent mosque was wrecked by Ivan in 1552 and only reconstructed in 2005. There is a museum dedicated to the Islamic era in the Volga region on its ground floor. You will admire the mosque’s grandeur from the observation deck.

Temple of All Religions

It is on the outskirts of the city. It is a multi-faith worshipping place that is designed with the inspiration of 16 religions.

Tatar Princess Suyumbike is said to have thrown herself over the crest of this structure to escape marrying Ivan the Terrible. Natives, on the other hand, do not believe the tale, but they like its romanticism.

Ministry for Agriculture and Food

The spectacular Ministry of Agriculture building symbolizes baroque grandeur. It features the emblem of Kazan city.

Zilant, Kazan’s official symbol, is a combination of serpent, canine, bird and dragon. Its history is made up of several contradictory narratives.

Admire the stream, and observe the plants. Take in the atmosphere along the banks of the Kaban Lakes.

This traditional Russian church is an exquisite masterpiece of Naryshkin baroque style. It was constructed to honor Peter the Great’s arrival to the region.

This gigantic cauldron-like construction can accommodate up to 100 couples getting married together.

Kazan has many historical museums. State Hermitage Museum and Soviet Lifestyle Museum are the famous ones.

Things to do in Kazan

Almost all of the tourist hotspots are open all year in Kazan city. There are religious, cultural, architectural and historical landmarks here. They range from medieval structures through Soviet-era structures to modern designs. Since Kazan’s walking area is mostly filled with plants and shrubs, hiking is as popular as taking a bus. Walking around Bauman Street, which you can do at any time of year, is intriguing and worth seeing.

Don’t miss out on attending various events during your stay in this beautiful town. Kazan has many exciting activities such as ballet fest, operas, several forms of concerts, etc.

Extreme sports enthusiasts have many things to do. They can go paragliding, mountain climbing, scuba diving, or leap off the Millennium Bridge.

When it comes to shopping, Kazan has erected massive shopping malls. Small gift shops and marketplaces cover many nooks and corners of Kazan.

Places to eat in Kazan

Try some finger-licking dishes at this Kazan’s restaurants:

Visit Pashmir for a sophisticated dining experience to enjoy real eastern delicacies. It serves the Uzbek and Tarta menu with a European touch.

Love for seafood and grill? Cernovar is the place for you.

Whether it’s a shashlik (kebab) or a savory stew, there’s something for everyone here.

Due to the outbreak of Covid-19 and government restrictions, many of our Qeepl Storage Points in Kazan have closed. We keep our service as up to date as possible, but please note that we will refund your booking entirely if you cannot use a booking due to changes in your travel plans or a closed Qeepl Storage Point.

We partner with local businesses in Kazan, including hotels, shops, and bars. We require the partner to offer a storage room or a staff room. All items will be tagged and put away in a safe place.

If you need an additional time, make another booking at the same Storage Point in Kazan using your existing Qeepl account.

Regrettably, no. But you can cancel the booking and make another in Kazan or another city

No, we are a cash-free service, and every booking must be made on our website or mobile app online. The online booking system helps you and other people understand free space availability in Kazan and drop off luggage in just a few minutes. Moreover, once you have a booking, we provide up to 50 000₽ of insurance automatically!

Definitely! All our Storage Points are 100% accredited and the staff there trained. We have dedicated space to store your luggage prior to your arrival. You will receive a uniquely numbered luggage tag, and each bag is insured for up to 50 000₽.

We have a flat price in Kazan started from 299₽. You pay per 24h/bag, not per locker. Hence any item you store with us must be included in the booking. If you have one suitcase and one bag, select two items and check-in and check-out dates while booking.

What is the nearest luggage storage to me in Kazan