The staircase from the movie Joker has become New York’s new tourist attraction. Visitors flock to the now-famous steps in the Bronx neighborhood to take photos and post them on Instagram.

Joker is well on its way to becoming a cult film and its filming locations are already attracting the attention of viewers despite not always unanimous reviews. The places where his key scenes were filmed were quickly spotted by fans.

For fans that are interested in checking these locations out, this might be a guide you didn’t think you’d need but will definitely come in handy. 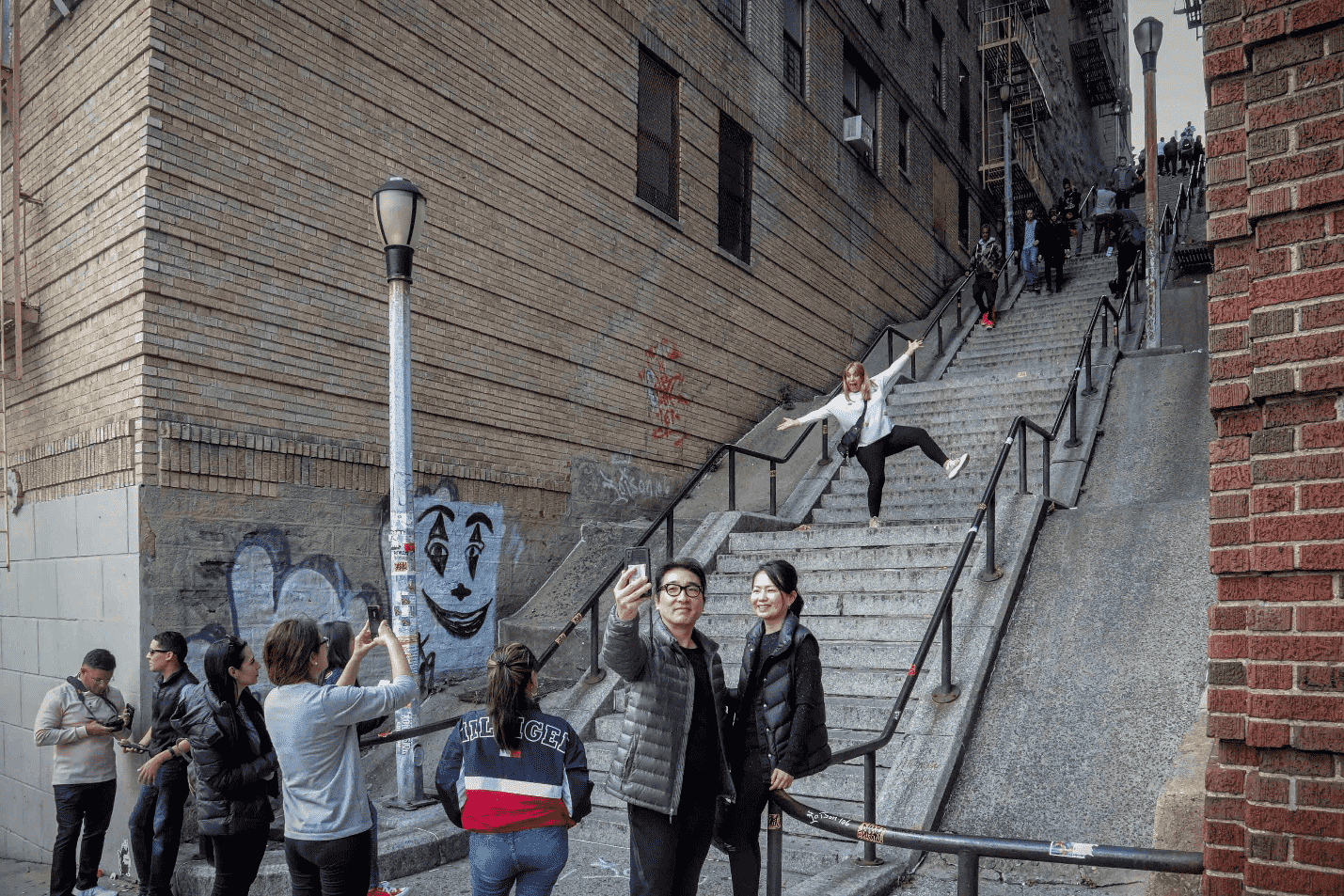 The first stop should be at any Qeepl luggage storage location.

There is no convenience in dragging your luggage if you are trying to squeeze through a crowded subway or going from location to location. The best thing you can do is find a place to drop off your bags in New York and enjoy the scenes.

Luggage storage points will help you take your mind off the bothers that accompany dragging luggage around the city and considering most of these places have strict bag policies. Your luggage is in safe hands.

Qeepl luggage storage will cost you $5.9 per day.

In New York, these stairs are called step streets. It is a stepped street in a hilly urban area. New York may not be as hilly as Los Angeles or San Francisco, but there are a few small hills, especially in the Bronx. And it is precisely in this district that certain scenes of the film were filmed.

The 132 steps that connect Shakespeare Avenue to Anderson Avenue in New York City’s Bronx were until recently removed from tourist routes. But visitors have flocked from all over the world since they saw Joaquin Phoenix sketch a few dance steps there in the blockbuster Joker.

Tourists sometimes line up to strike a pose near the lamppost appearing in the movie poster, with the typical New York fire escapes in the background. On one of the walls now appears a tag representing the pale face of the Joker. 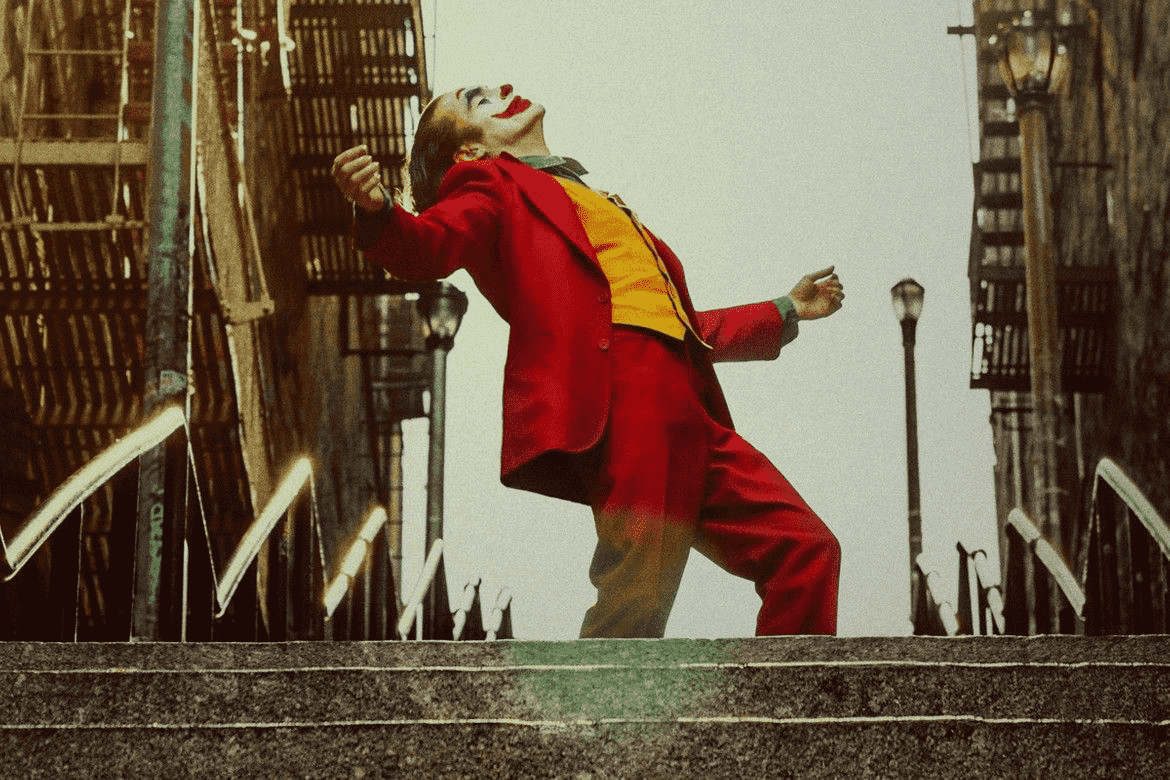 The apartment building where Arthur Fleck lives is just a few steps from the stairs, at 1140 Anderson Avenue. You will immediately recognize the 3 arches that guard the entrance to the building. 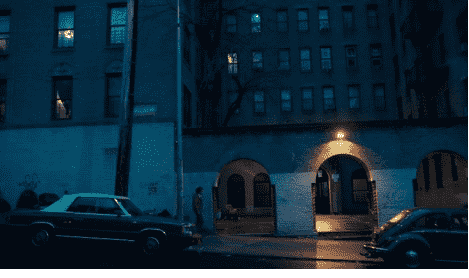 However, you will need to be motivated if you want to go there: The Twin Donut Plus is about twenty minutes by metro from the Joker’s apartment. Take line 4, get off at the Mosholu Pkway stop and walk for about 2 minutes. One more thing to know: if the building is still there, the store abruptly closed its doors in 2018.

Even though the store closed after the shoot, it can still be seen on Google Map. 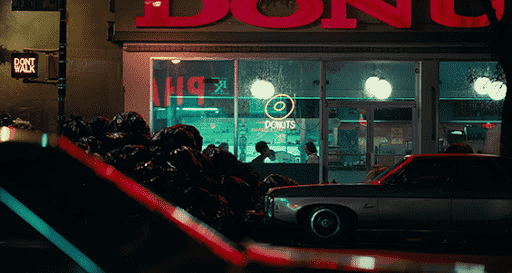 After scouring the Bronx, head for Brooklyn! The Arkham State Hospital, where Arthur Fleck consults to treat his “dark thoughts”, is none other than the Brooklyn Army Terminal. In the film, the building has been slightly enlarged by digital magic.

In real life, the building is a warehouse complex, with digital magic it becomes a Gotham City-worthy healthcare facility. 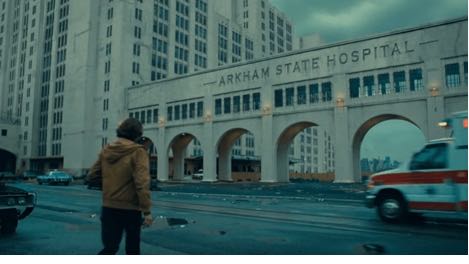 The escape scene: under the arch of the Manhattan Bridge

The Manhattan Bridge also makes an appearance in the film. The scene where Arthur Fleck runs dressed as a clown, bag in hand, takes place under the arch of a bridge stack. To relive the scene, head to the Lower East Side at # 199 Cherry Street. Be careful not to be sued!

The bridge was built at the beginning of the 20th century and has witnessed many of the stories that take place in New York. 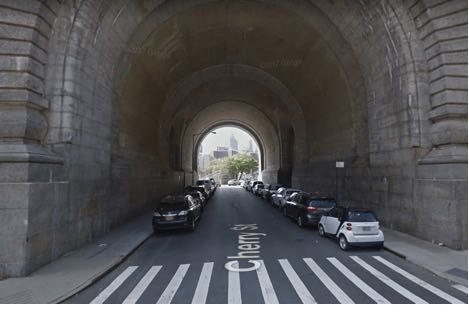 The Evening at Wayne Hall: Jersey City Court of Justice

The exterior of Wayne Hall is filmed at the Hudson County Courthouse in Jersey City, built in the early 1900s in the Beaux-Arts architectural style. In the film, a crowd of masked people confront the police.

If you are an absolute Joker fan, you will need to continue your pilgrimage through New Jersey. First, stop in Jersey City to see Wayne Hall. It is in fact the imposing frontage of the Hudson County Courthouse, the county court of justice. This is where Arthur Fleck walks down the red carpet by antics.

If you are thinking of traveling to the Big Apple to walk in the footsteps of actor Joaquín Phoenix, the places where Joker was filmed, you should also visit the most emblematic places in the city, not only the Statue of Liberty.