Store your luggage near Madison Square Garden for just $4.90 per 24h/bag

Where to store luggage near Madison Square Garden?

Are you looking for secure luggage storage near Madison Square Garden? We understand how much you enjoy getting around New York, so we want to make it as easy as possible for you!

Your New York visit is about to end but your B&B or hotel does not allow you to store your suitcases after check-out? No problem! We have instructions for the last day of the most fantastic holiday you have ever had! Use our website or download the Qeepl app and book a place at our luggage storage point near Madison Square Garden to enjoy your day! 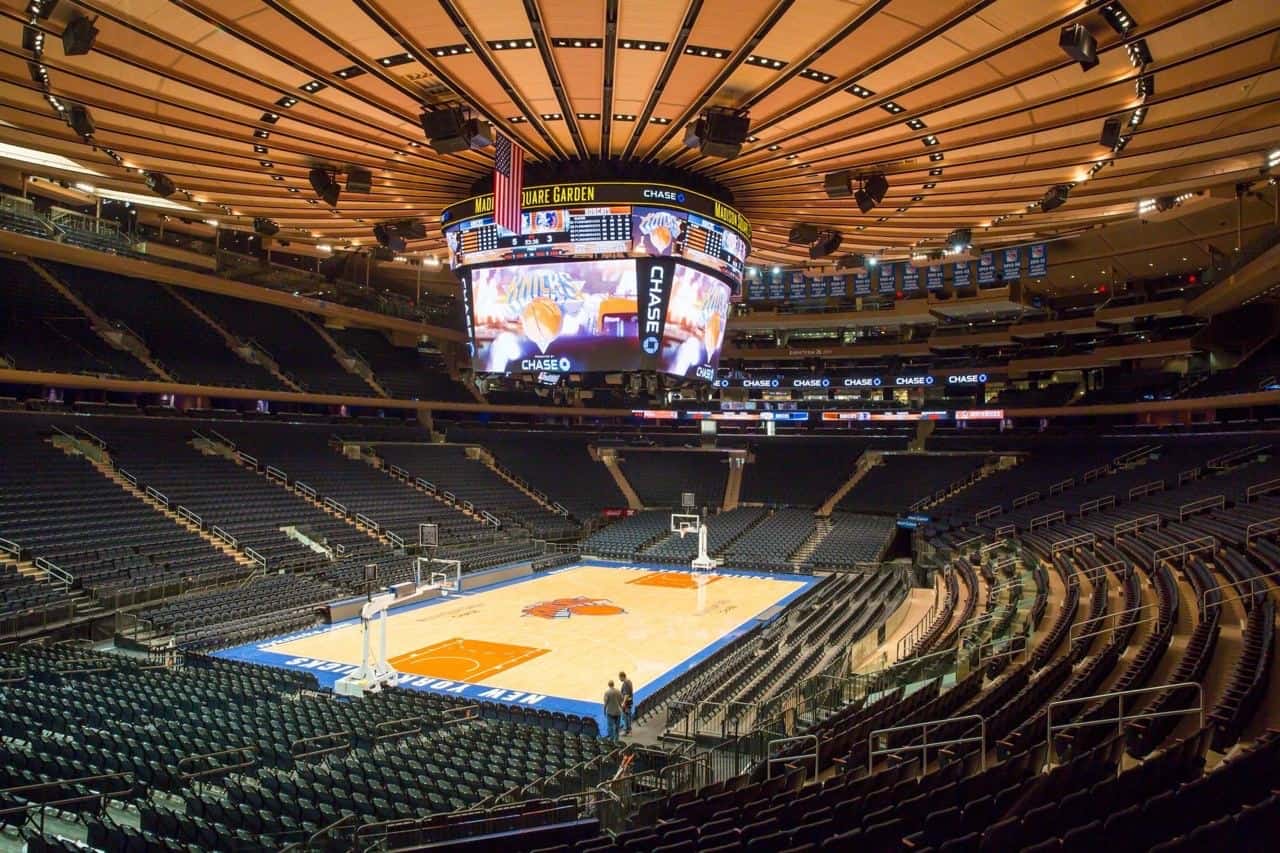 Madison Square Garden has a strict bag policy. There are no lockers or baggage storage facilities near the Garden. This is because of the bag policy that restricts guests from coming into the arena with specific personal belongings, such as bags, luggage, umbrella, and coats. You can only be allowed to come in with your purses and small pocketbooks. Although there are no luggage storage lockers in the actual venue, you can still store your bags safely near the Garden. We have partnered with local shops, hotels and cafes to offer you affordable luggage storage near Madison Square Garden.

Madison Square Garden is popularly referred to as “The World’s Famous Arena” and rightly so because of the several events that have been held there. The history of the Garden dates back to 1879, when the first Madison Square Garden was opened for business. The arena has since been extended to three other locations, with the fourth (and the current one) located at 4 Pennsylvania Plaza, New York City. You may know Madison Square Garden for what it is – an indoor multipurpose arena. But, that is not all there is to the arena. There are several interesting facts and things you probably don’t know about the Madison Square Garden.

Guests are not permitted to bring outside food, such as beverages (bottles and cans) and food into the Madison Square Garden. So, you want to eat and drink before making your way into the arena. Looking for the best place to eat near the arena? Here are a couple of restaurants you will find near MSG:

Madison Square Garden is one of the favorite sites for locals and tourists. So, it is not surprising that thousands of people converge there to either watch professional basketball or ice hockey. Besides, The Garden is also home to artists who, often than not, sell out the tickets in the shortest time possible.

Yet, there are many other interesting sites to see near The Garden. Here are some of the alternative tourist attractions near Madison Square Garden:

How to get to Madison Square Garden?

Subway, bus, and train station are the transit options that have routes that pass near The Garden.

Due to the outbreak of Covid-19 and government restrictions, many of our Qeepl Storage Points near Madison Square Garden have closed. We keep our service as up to date as possible, but please note that we will refund your booking entirely if you cannot use a booking due to changes in your travel plans or a closed Qeepl Storage Point

We partner with local businesses near Madison Square Garden, including hotels, shops, and bars. We require the partner to offer a storage room or a staff room. All items will be put in a safe place

If you need an additional time, make another booking at the same Storage Point near Madison Square Garden using your existing Qeepl account

Regrettably, no. But you can cancel the booking and make another near Madison Square Garden or another location

No, we are a cash-free service, and every booking must be made on our website or mobile app online. The online booking system helps you and other people understand free space availability near Madison Square Garden and drop off luggage in just a few minutes. Moreover, once you have a booking, we provide up to $1,000 of insurance automatically!

We have a flat price near Madison Square Garden started from $4.90. You pay per 24h/bag, not per locker. Hence any item you store with us must be included in the booking. If you have one suitcase and one bag, select two items and check-in and check-out dates while booking